In Spanish they use the expression “falso autonomo” to refer to the person that is registered as self-employed but in all practical terms he is actually behaving as an employee of “his client”. This is illegal and penalized as a fraud by the Social Security. What are the options?

This situation of a “fake autonomo” normally arises when employers try to find a low-cost employee, as well as avoid the obligations that normally come with employing someone. 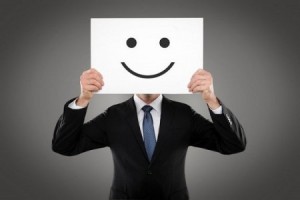 However, this might not be as bright as it looks at first.

In the case of a work inspection, if the inspector figures out that the relationship resembles that of an employer-employee, he will change the status of the autonomo into employee, making the company pay any social security owned since the time the working relationship started. In addition, a fine of up to 3005€ would be applied for each of the workers in this situation. Not to mention that, after a dispute, the worker himself may report to the Authorities!. (Fake Autonomos benefit employers but employees miss out most of their rights; paid holidays, off-sick paid periods, or redundancy payments in case of dismissal).

To determine whether you are at risk, check out if most of the following conditions are given:

In a nutshell: if the autonomo is fully subjected to the organizational and disciplinary procedures of the “client” then he is not really such, but an undercover employee.

A company may use a driver for deliveries who is registered as self-employed. However, as he carries out his work, he has a fix timetable and wage. He only works for this company, which organizes his work, leaving no opportunity to decide how and when he is going to provide his service.

In this case, the driver is really an employee and should be registered in the Social Security as such.
However, keeping him as self-employed is economically more advantageous for the company. Though this “happy idea” can become very expensive in the end.

To solve this situation the Authorities created the role of ‘economically dependent autonomo’. Under certain conditions, listed below, an autonomo can work for a single client without needing to be his employee. This option is still economically advantageous compared to employing but it does not work in every sort of occupation.

This is the autonomo who provides, habitually and predominantly, services to a single client, who in turn pays him at least 75% of his income.

To be considered a (lawful) dependent autonomo, rather than an (unlawful) fake autonomo, the following conditions must be met.

The commercial contract between the parties must be in writing and registered as one of economically dependent autonomo in the employment offices ( Servicio Público de Empleo Estatal.)

The Dependent Autonomo acts as a “satellite company” that takes care of some side services or a particular part of the productive process in a self-managed way.

From this, it is clear that not every need of staff memebers can be covered by this means. Obviously, contracting a TRADE waiter makes no sense!

In addition to the conditions listed, the following requisites are necessary to be considered a Trade and be legally protected as such.

Obligation and Rights of Dependent Autonomos

Being an Autonomo in a situation of dependency has certain obligations and rights. The most significant ones are: