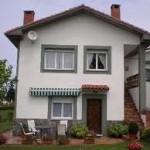 If you are classified as a non-resident in Spain for tax purposes but you own urban real estate in this country then you are obliged to pay non-resident property tax.

In Spain everybody is assigned a Tax Identification Number, which must appear on all tax returns and in all communications with the Tax Authorities.

In general, for people with Spanish nationality, the NIF is the number of their National Identity Card (DNI) and, in the case of foreign nationals, the NIF is the Foreign Nationals’ Identification Number (NIE).

This identification is processed by the Police General Directorate.

Read: How to obtain your NIE

Additionally, the first time you use your NIE number to pay any tax it has to be registered with the Tax Authorities.

IBI Tax is payable to the local tax authorities (Patronato de Recaudación). It applies to both residents and non-residents. In every municipality there is a period of voluntary payment (out of which interests apply) that normally runs from July 1st until September 9th.

Even if you do not receive a notification your obligation to pay remains.

The best thing to do is to pay a visit to your local ‘Oficina de Recaudación’ and obtain your bill. There you can choose to arrange the payment through a direct debit or even in installments. It is important,though, to obtain a receipt every year as it contains the ‘valor catastral’, official assessed value, of your property.  This is important because the amount of the non-resident income tax is based on this figure.

When the property belongs to a married couple, or to more than one person, each person is an independent taxpayer, and must file an individual tax return.

Depending on the use of the property, the taxes to which it is liable are:

1. INCOME CALCULATED ON URBAN PROPERTY FOR PERSONAL USE.

The amount to declare will be that resulting from applying the following percentages to the assessed value of the property as shown on the Property Tax bill (IBI):

This yield is calculated once per year, on 31st December.

If you have not been the owner of the property during the whole year, or if it has been rented for any period, only the proportional part of this amount is declared.

Filing deadline: During  the year following the accrual date.(31st of December)

Nevertheless,for taxpayers resident in another European Union member state, expenses can be deducted when calculating the taxable base, as long as proof is provided that these expenses are directly related to income earned in Spain and have a direct economic connection that is inseparable from the activity carried out in Spain.